Congratulations to the 2023 NBOA Award Recipients

This year’s awards recognize selfless and transformative leadership, and innovation in financial and facilities management.

As NBOA’s president and CEO, I am lucky to serve a profession in which there is no dearth of talent. When it comes to selecting recipients of NBOA’s highest honors, there is never a lack of candidates. At the top of each year, the NBOA Awards Selection Committee, which is comprised of leading business officers previously recognized as NBOA Award recipients, the NBOA Board Chair, and me, convene and select the receipts of the Ken White Distinguished Business Officer Award, the Sarah Daignault Outstanding Support of Independent Schools Award and the Jeffrey Shields Innovation in School Business Operations Award. I am thrilled to announce the 2023 recipients of these three awards.

The 2023 Ken White Distinguished Business Officer is Charles B. McCullagh, Jr.  McCullagh has served as the chief financial officer at the Williston Northampton School, a grades 7-12 day and boarding school in Easthampton, Massachusetts, for 24 years. He has overseen the restructuring of the school’s financial management systems, guided nine significant construction projects, monitored numerous renovations to faculty residences and executed 18 property purchases. He has been the primary voice on campus for many of Williston’s environmental initiatives and has also worked with student groups in areas such as campus recycling and the students’ investment club. Previously, he was the business manager at Christchurch School in Christchurch, Virginia, from 1995-1999 and before that worked in industry. 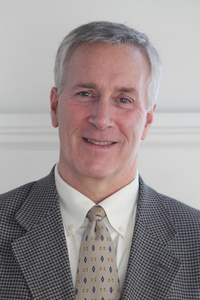 McCullagh served on the NBOA Board of Directors from 2016-2022, and as Board Chair from 2019-2021. He has served as president, treasurer and secretary for the Association of Business Officers of Preparatory Schools and currently serves on the governing committee of the Cranberry Group — a Massachusetts insurance purchasing consortium for schools — and is a board member for several organizations in Western Massachusetts. (Read his full bio on the Ken White Award page.) In addition, McCullagh has been a frequent speaker at NBOA Annual Meetings, has served as faculty and hosted the NBOA Business Officer Institute, and currently serves as a program mentor for the NBOA Leadership Academy among his many contributions in service to other business officers.

“From the beginning of his independent school career, Chuck McCullagh has been a presence in professional organizations at the local, state and national level,” wrote his nominator. “From his early years contributing to the Virginia Association of Independent Schools Financial Officers' Group, to his leadership roles at NBOA, Chuck has shown a natural willingness to take his turn, doing the heavy lifting and behind-the-scenes work in organizations, which often goes unnoticed.” 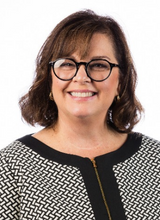 The 2023 Sarah Daignault Outstanding Support of Independent Schools Award recipient is Heather Hoerle. Hoerle is the executive director and CEO of the Enrollment Management Association (EMA). Since taking on leadership of EMA in 2011, Hoerle has worked tirelessly to modernize the organization and professionalize the admission and enrollment industry. She has spearheaded efforts to restructure management, rebuild IT infrastructure, enhance SSAT test development processes and procedures; launch an elementary level SSAT; create a new Character Skills assessment; grow the use of the Standard Application Online to bring more families to the independent school community, and publish groundbreaking research on enrollment management.

Furthermore, Hoerle has led the charge to reposition the work of enrollment management as both strategic and foundational to institutional success. She held leadership roles at NAIS and TABS before working at EMA. Hoerle currently serves on the boards of United Educators and the New Jersey Association of Independent Schools, and previously served on the boards of Westtown School (her alma mater), NBOA, Princeton Academy of the Sacred Heart, AISAP, the Friends Council on Education. (Read her full bio on the Sarah Daignault Award page.)

Two schools received the Jeffrey Shields Innovation in School Business Operations Award this year. Dunn School, a grades 6-12 day and boarding school in Santa Barbara County, California, received the award for former business officer Chad Stacy's work in developing the financial sustainability heat map, which he first shared in a Net Assets article in 2016. The heat map presents key indicators of a school’s financial health in a clear, succinct and visually compelling format, which helps schools chart their progress toward or away from financial goals and drive strategic conversations. Its simplicity is its strength in enhancing communication at the leadership level as well as financial focus. Stacy has since worked with NBOA to bring the heat map into NBOA’s BIIS data platform, where it will soon be available in a built-in and customizable format to those who have entered DASL-BIIS financial operations data. (Read about how four schools have used the heat map since Stacy wrote about it, as covered in the Jan/Feb 2023 issue of Net Assets.) Stacy recently transitioned into the role of director of The Robert W. Jurgensen Entrepreneurship Program, a newly expanded and mission-critical program at Dunn.

St. Mark’s Episcopal School, a grades K-8 school in Fort Lauderdale, Florida, received the award for the school’s Sea Lab project. A costly, aging sea wall was transformed from a deferred maintenance project into an opportunity to enhance student outcomes, build enrollment, strengthen community ties and contribute to the social good. The school partnered with local experts to design and build a tidal pool lab environment in which students at elementary, high school and university levels can research and tackle local sustainability challenges, including rising sea levels on the Florida coast. Sea Lab also served as an anchor in efforts to boost enrollment following dips after the Great Recession, and enrollment now exceeds the previous high in 2007. A dock that was part of the project now serves as a launching pad for sailing, kayaking, paddle boarding and environmental clubs that have increased ancillary revenue by 30%. And Sea Lab has inspired committed giving in the school’s latest capital campaign, to build four dedicated science rooms to support seals; 65% of the campaign has been funded in just six months. Most importantly, St. Mark’s students have the opportunity to engage in real-world problem solving. (Read more about this project in “Strategies: Never Let a Deferred Maintenance Project Go to Waste”). What could have been a straightforward facilities maintenance project was turned into a transformational educational program that boosted the school's enrollment and advanced the school’s commitment to environmental sustainability. (Learn more about the innovation award on the Jeffrey Shields Award page.)

We hope all of you will join us on Tuesday, February 21, at the NBOA Awards Luncheon, during the 2023 NBOA Annual Meeting in Los Angeles. The recipients will accept their awards and have an opportunity to make remarks ahead of a keynote address by Nyle DiMarco, deaf activist and winner of America's Next Top Model and Dancing with the Stars.

Congratulations once again to the impressive recipients of these NBOA awards! We are lucky to have you in our community.

Jeff Shields, FASAE, CAE, has served as president and CEO of the National Business Officers Association (NBOA) since March 2010. NBOA is the premier national association serving the needs of business officers and business operations staff at independent schools.  The association has grown from 23 founding member schools in 1998 to over 1,300 U.S. member schools, plus member schools in Mexico, Canada and 25 other countries around the globe in its 25-year history. Shields, an active member of the American Society of Association Executives (ASAE), has been recognized as an ASAE Fellow (FASAE) and earned the Certified Association Executive (CAE) professional designation. His current board service includes serving as a director for AMHIC, a healthcare consortium for educational associations in Washington, DC, as well as a trustee for the Enrollment Management Association. Previous board service includes serving as a director for the American Society of Association Executives (ASAE), as a director for One Schoolhouse, an innovative online school offering supplemental education to independent schools, and as a trustee for Georgetown Day School in Washington, DC. Shields holds a BA from Shippensburg University and an MA from The Ohio State University.

5 Minutes with Chuck McCullagh: Pulling in the Same Direction (2019)