From the January/February 2022 Net Assets Magazine. 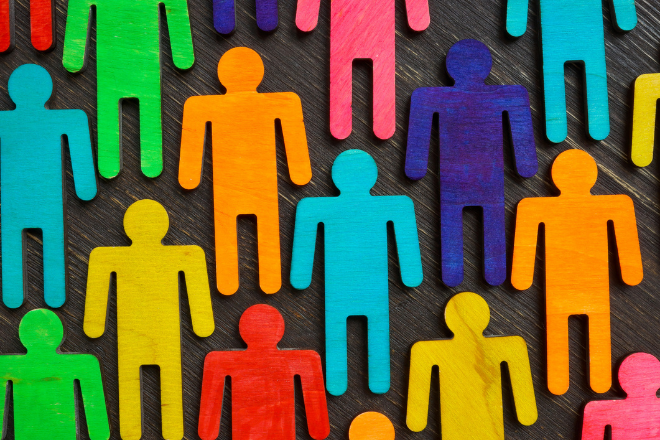 Hiring a diverse workforce is a goal of many independent schools and for good reason — schools benefit from having employees with a variety of experiences, perspectives and backgrounds to educate and provide support to their students as well as each another. Hiring practices aimed at increasing diversity come with potential legal risks, however. For example, hiring or deciding not to hire a candidate based on race can lead to allegations of discrimination. So how can schools engage in diversity hiring initiatives without running into legal trouble?

Implementing diversity hiring initiatives requires schools to define what diversity means within the context of the school’s community and values. Often, diversity is limited to race and ethnicity. Schools that want to increase diversity may want to consider whether characteristics such as age, religion, disability and sexual orientation should also be included in their initiatives.

Federal law prohibits discrimination against employees and job applicants based on their “protected characteristics,” which include race, color, religion, sex, disability, age or national origin. State law may provide additional protected characteristics. In California, for example, the Fair Employment and Housing Act covers sexual orientation among other categories. The law covers all employment decisions, including recruitment and hiring. Religious employers are entitled, but not required, to restrict hiring based on religion.

Furthermore, federal law forbids employers to base hiring decisions on factors that are not “job-related and necessary to the operation of the business.” Even when the motive is well intentioned, expressing a preference or basing a decision on a protected characteristic may well violate the law. The reason is that race and other protected categories are typically not relevant when considering a person’s ability to perform a job.

Conducting a Google search — that is, searching for public information on the internet – is an increasingly common way to screen applicants. However, just because information is public does not mean it is appropriate to consider as part of the recruitment process. Information about an applicant’s race, gender, religion or other protected characteristic should not be considered. Schools should ensure that the person conducting a Google search provides only relevant information to those involved in the hiring process.

Tips for Broadening the Recruitment Funnel

To attract a wide range of candidates, schools need to be proactive in casting a wide net. Schools should actively recruit in places that can reach diverse candidates. It may be that using the same types of recruitment tools – the same publications and the same organizations — will lead to the same results. Give thought to ways you can more effectively reach a diverse pool of candidates and be prepared to explain why your school is actively seeking them out.

Schools need to consider the language used in a position announcement and other marketing materials carefully. It can unintentionally exclude diverse candidates from applying. For example, an unnecessary requirement – something as simple as having a driver’s license for a position that does not require driving – may exclude candidates with physical disabilities. Very narrow considerations in terms of experience and skills may lead a school to overlook candidates who bring other important qualities.

Instead, consider the characteristics that a person could bring to the position that would benefit the community as a whole. Perhaps a candidate who has lived in different parts of the country or the world would bring meaningful perspectives. Maybe finding a new employee who has demonstrated resiliency, demonstrated an interest in various cultures, or spent time working in seemingly unrelated professions would be more likely to connect with a broad array of people. Consider including the ability to work with a wide range of perspectives as a required skill or qualification in order to attract a wide range of applicants and signal to applicants that diversity is important to the school.

Schools should have a standardized hiring practice to ensure they treat all candidates equally. That often starts with training those involved in the interview process. Because candidates may interact with most if not all members of the community, training all faculty and staff on the hiring process is something to consider.

Training should include guidance around off-limit topics such as race, age, gender and sexual orientation. Many questions may come up as part of the interview that are not appropriate — and when a candidate is being considered for a position, every question is part of the interview process. Asking questions that may seem innocuous, such as: “Where are you from?” Or “Do you have children?” may violate federal or state law because they suggest that the applicant is being asked about their national origin or marital status. Certainly, inquiring whether an applicant has ever filed a workers’ compensation claim, needed a reasonable accommodation, or complained about a supervisor could raise legal issues.

Training should include how to recognize implicit bias as well as guidance on how to respond if a candidate brings up a topic that the school should not discuss. An example would be an applicant sharing a need for a disability accommodation if hired by the school. In those situations, schools should respond that the issue is one that can be addressed later if necessary.

Training should also provide guidance on what types of “ice-breaker” questions are appropriate. Conversational topics regarding books, podcasts, the job, the school community and — everyone’s favorite topic — what television show(s) are you enjoying right now, would all be fine. Remind interviewers that consistency is key: they need to be sure that they are asking the same questions of ALL candidates and not veering off track into other topics.

Increasing diversity is a worthy goal for independent schools, but it does not mean schools can discriminate against job candidates based on protected characteristics. To achieve a more diverse workforce, schools should reassess how they approach the hiring process and consider each individual based on merit.

Tips for an Equitable Interview Process

Instead of asking about a candidate’s prior experience with independent schools or other information that is likely available on their resume, schools should consider asking about scenarios or examples, such as, “Tell us about a time when you…” or “What would you do if…” Schools should assign specific types of questions to different interviewers, so that a candidate does not have to answer the same question repeatedly for different people. State law may address this issue in other ways. California, for example, is attempting to narrow the gender-pay gap by prohibiting potential employers from asking about current or past compensation.

In terms of documenting the interview responses, interviewer feedback forms normally include questions like, “Do you feel that this candidate would be a good fit for our community?” and “Does the candidate have a good understanding of what it’s like to work at an independent school?” Those questions, however, may be exactly what schools should not ask themselves because they can contribute to implicit bias and guide the school toward candidates who are most like those already hired. Instead, consider asking questions such as “What traits does this candidate bring to the school that we are currently lacking?” or “How will this candidate enhance our mission and values?”

Michael Blacher is a partner and Millicent O. Usoro is an associate at Liebert Cassidy Whitmore. Rebecca Rowland is human resources director at Campbell Hall School.